Reflections of a new Ram wrestler 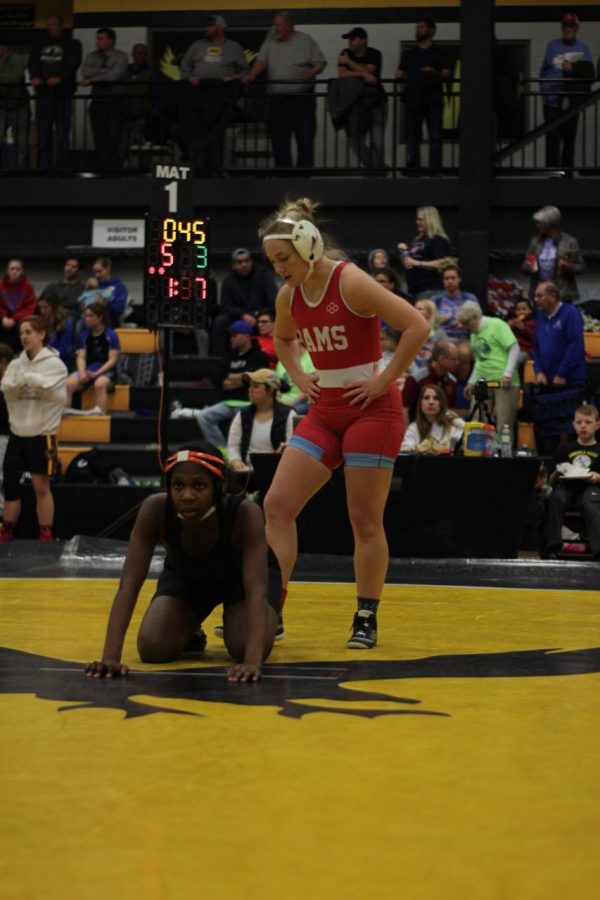 Kes Whalen (12) takes her position before a match

ll the sports I’ve taken part in (cross country, soccer, softball, basketball, cheer) were all specifically girls-only teams. Joining wrestling meant practicing with a team of men and women. This new adversity really demanded whatever strength I could discover within myself.

I decided to join the wrestling team halfway through the season on an impulse decision. I wanted to do something that I thought would REALLY push me physically and mentally.

Going in to my first practice was the most intimidating thing ever! I knew I was already at a disadvantage because everyone else knew what they were doing while I was still figuring out how to warm up!

I’ll admit the first week or two were hard. Really hard. It took a long time for the aches and pains to turn to strength and muscle. What really got me through tough times was my determination, perseverance, and the push of my teammates

Being with the team was such a great time. The boys were funny and goofy most times and when I needed help with a drill or move, they would help until I understood. The other girls who I mainly practiced with, are some of the sweetest, strongest, and goofiest girls. I would have never met them if it weren’t for wrestling and for that, I am extremely thankful