Zoey’s Extraordinary Playlist: The Show You Should Be Watching 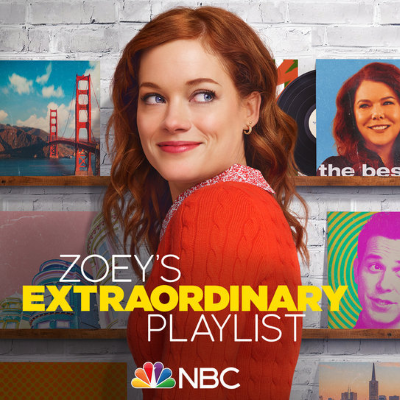 We currently live in an extremely stressful time, full of uncertainties about our future and unprecedented changes to our daily routine. When the world around us is as unpredictable as it is, sometimes you just want to lose yourself in a show that will take away all the anxiety and distract you completely.

That is where Zoey’s Extraordinary Playlist factors in, a musical dramedy that initially aired its first season beginning in early January of this year.

The show centers around Zoey Clarke, a San Franciscan programmer who finds herself bored by the monotony of life. That is, until she takes an MRI that leaves her suddenly with the ability to read other people’s innermost thoughts through musical numbers. She proceeds to use her newfound powers to connect with others and help them solve their problems. Her musical ability also allows her to reach out and communicate with her terminally ill father with Progressive Supranuclear Palsy (PSP).

The show has a ridiculous premise on paper, yet the series wields its bizarre story quite well, with impressive musical numbers having the likes of The Beatles, Cyndi Lauper, Billy Joel, and Kelly Clarkson. Not only the music, but the plot of the show itself is beautifully written, holding an emotionally impactful finale that will linger with you long after the credits roll. The show uses music to portray strong messages about depression, anxiety, death, love, and the overall difficulty of everyday life.

Zoey is a charming protagonist as she works to help better her own life and the lives of those around her.

Overall, Zoey’s Extraordinary Playlist is an excellent fit for any musical lovers and those who favor shows that perfectly balances drama and comedy.