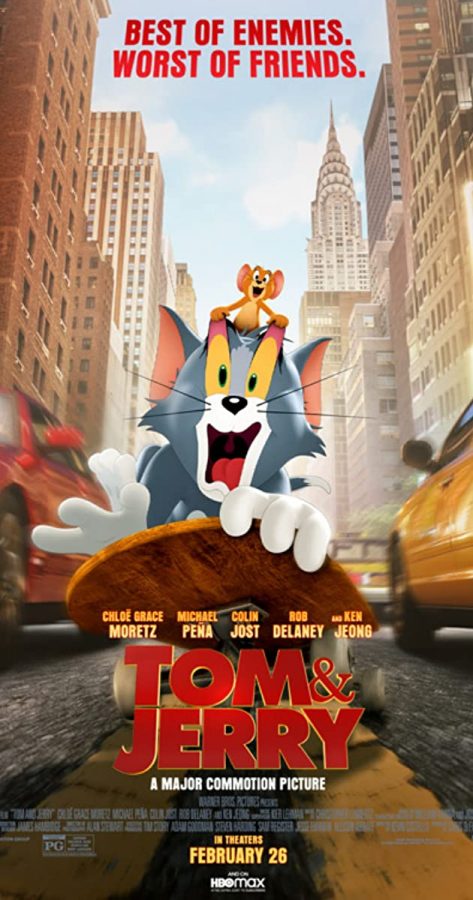 A rivalry between Tom and Jerry when Jerry moves in New York City’s finest hotel on the eve of the wedding of the century, forcing the event planner to hire Tom to get rid of Jerry. Causing mayhem, the cat and mouse battle soon threatens to destroy her career, the wedding and possibly the hotel. Running of Tom and Jerry is 1 hour and 41 minutes. Tom and Jerry was released on February 26, 2021. Tickets for the movie went on sale earlier this month for those willing to brave the pandemic and watch the film on the big screen.

31% Critic score on RottenTomatoes with an audience score of 82%

Critics Consensus said it isn’t the worst of the long-squabbling duo’s feature-length adventures but Tom and Jerry is disappointingly short on the anarchic spirit of their classic shorts.

Audience says this updated take on the classic cartoon characters is good fun for kids- in fact, the main thing it’s missing is more Tom and Jerry.